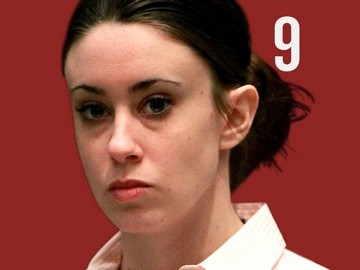 Casey Anthony was found not guilty in 2011 of the murder of her daughter. However, she was found guilty of lying to the police during the investigation. She was sentenced to 4 years in prison, but because she had already spent 1,043 days in jail during her trial, and had been given credit for good behavior, Anthony only spent ten days in prison after her conviction.