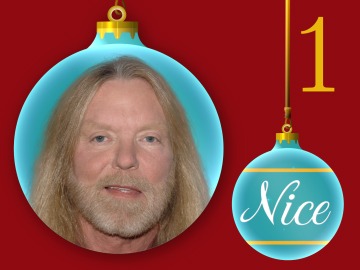 Gregg Allman was the front man for the hard-jamming Southern rock group, The Allman Brothers Band that he formed with his brother, Duane, in 1969. His good looks, bad- boy attitude and musical prowess made him the golden boy of rock and roll with hits like “Midnight Rider,” “Whipping Post,” and “Melissa.”  Gregg was inducted into the Rock ‘n’ Roll Hall of Fame in 1995 and won a Grammy for lifetime achievement in 2012.