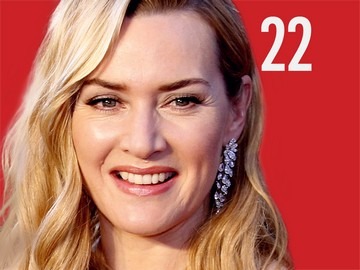 Kate Winslet was nominated for an Oscar for Titanic, but didn’t pick up the win. She did however set an Academy Award record that night! Not once, but twice, Winslet has been nominated for an Academy Award for playing the younger version of a character, while the actress who played the older version was also nominated. Gloria Stuart in Titanic, and Dame Judi Dench in Iris share this record with her.