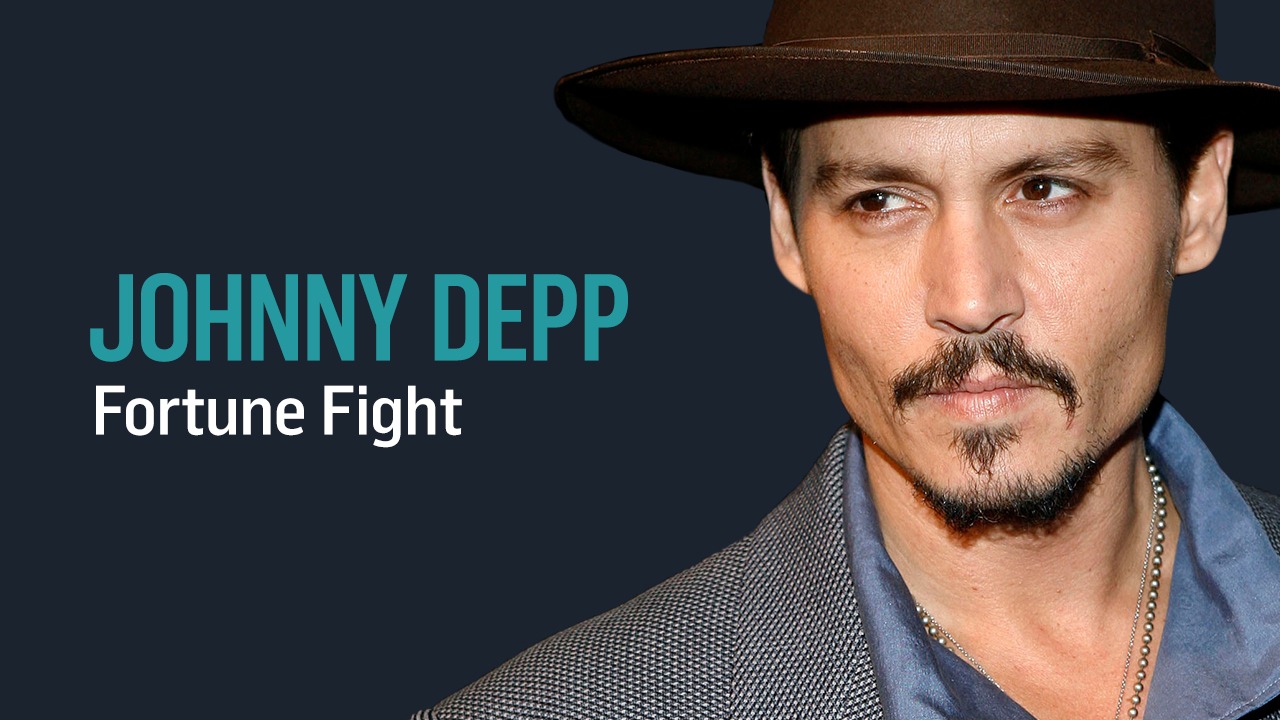 While Johnny Depp is no stranger to the courtroom – having been involved in several different lawsuits in recent years – none have been as impactful or bitter as his ongoing dispute with ex-wife Amber Heard.  Did Johnny Depp abuse Amber Heard, both physically and psychologically?  Or were the allegations faked by Heard, as Depp and his legal team still contend?

And can Depp recover from the blows to his career and his fortune from this and other lawsuits?

This is the first installment in our Fortune Fights series, based on the celebrity documentary television show, Fortune Fights, for which we serve as hosts, legal commentators and executive producers.  New episodes air on the REELZ network Thursday nights at 9 pm eastern, starting January 31st, with the premiere episode Johnny Depp: Fortune Fight.

To call Johnny Depp generous after his split from the mother of his two children, Vanessa Paradis, would have been a gross understatement.  Even though Depp and Paradis were never married, meaning that she had no viable claim to a share of Depp’s assets, he still gave her a reported $150 million after their 14-year relationship ended.  According to reports at the time, this was approximately one-half of Depp’s net worth.

The split in 2012 was amicable and free from courtroom drama.  Perhaps Depp felt guilty about moving on from Paradis so quickly – dating his co-star from the movie, The Rum Diaries, Amber Heard in June of the same year. Or maybe it was because Paradis was the mother of two of his children and had helped guide his career into more lucrative movies, like the Pirates of the Caribbean films.  Whatever the reason, he was not legally obligated to give her half of his fortune, but he chose to do so.

Just four years later, Depp’s divorce from Amber Heard played out much differently.  Married in February of 2015, Depp and Heard’s marriage quickly crumbled shortly after an unfortunate legal incident in Australia led to the couple recording a now-infamous public service video for the country.

Heard filed for divorce in May, 2016, only fifteen months after the actors wed.  Instead of an amicable parting, the divorce quickly spiraled out of control for both of them.  Heard accused Depp of verbal and physical abuse, successfully obtaining a restraining order against Depp.  She claimed that he “violently attacked” her and that she was forced to “live in fear that Johnny will return to the residence unannounced to terrorize me.”  The court ordered Depp to stay at least 100 yards away from Heard.

Depp and his legal team responded aggressively.  They not only denied the claims but alleged that Heard invented the allegations to secure a larger financial settlement from the divorce.  Many rushed to Depp’s defense, including his his oldest daughter, his first ex-wife, and Paradis, who said that Heard’s claims were outrageous and that Depp never acted that way during the course of their relationship.

Photographs of Heard’s bruised face quickly surfaced through various media outlets, along with a video that Heard had taken that depicted Depp kicking and slamming cabinet doors in their apartment.  Heard could be heard apologizing, until Depp noticed she was recording and grabbed the device.  Other photographs and media reports suggested that Depp had, at one point, became so enraged that he accidentally cut off his own fingertip and then dipped it in paint so he could write a message on a mirror in the home alluding to Amber allegedly having an affair with actor Billy Bob Thornton. JavaScript if it is disabled in your browser.

Just as the ugliness was reaching its height, the couple reached an out-of-court settlement, for seven million dollars.  Heard announced that she was donating the entire settlement to two charities.  Seemingly, this settlement, which included a confidentiality clause and a mutual agreement not to disparage one another, ended the feud.

However, the fighting continued.  When Depp did not pay Heard the seven-million dollars, her attorneys filed a motion in court asking a judge to order Depp to pay the funds to her.  Depp’s own lawyers attacked Heard, seeking to impose sanctions against her for filing the motion and claiming that Heard’s request of the court was a “blatant attempt to extent her fifteen minutes of fame.”  The legal teams fought over who should be able to take advantage of the tax deduction that would come with donating seven million dollars to charity.  Eventually, Depp agreed to turn the money over to Heard.

Not long thereafter, Depp’s financial and legal woes intensified as he sued his former financial management company, claiming that they defrauded him out of tens of millions of dollars.  The company counter-sued, and painted a picture of Depp as a wild spendthrift who wasted his earnings on a yacht, more than a dozen residences, private planes, and more.  [You can read our article about this Johnny Depp legal fight here].

Since that fortune fight began in January of 2017, Depp has been very busy with lawsuits.  And his fight with Amber Heard is far from finished.

A recent article in the Hollywood Reporter examined new records released from the divorce fight, including descriptive deposition testimony that included Heard explaining that she and Depp referred to the dark side of his personality as “the monster,” which was “present when he beats me up.”  This and other testimony from the divorce is critical to a new lawsuit that Depp is involved with, in which he is suing British tabloid The Sun for defamation for publishing stories about the alleged abuse.

Depp and his legal team have contended, both in the lawsuit and in press interviews, that Heard faked the abuse allegations against him.  They point to deposition testimony from police officers who responded to the scene, both of whom said they did not see marks or signs of injury to Heard, or shattered glass or broken items.  Depp disputes the validity of Heard’s photographs and other evidence she relies on.  He claims that she, not he, was the aggressor. An attorney for Johnny Depp also points to dozens of security camera video files that he says further document that Heard’s abuse claim was faked.

Heard, in turn, points to evidence supporting her claims, including deposition testimony of a friend of hers who came to the apartment and says she saw the evidence that the police officers testified they did not see.  Further, Heard’s legal team alleges that Depp’s statements refuting the abuse claims themselves violate the divorce settlement agreement, which required confidentiality and prohibited either of them from making derogatory comments about the other.  The same Hollywood Reporter article notes that Heard made an arbitration demand against Depp based on his alleged violation of their settlement agreement for these reasons.

So almost three years after their divorce began, Depp and Heard are still fighting publicly about whether or not the abuse allegations or true.  You can judge for yourself who you think is telling the truth by watching the premiere episode of Fortune Fights on REELZ on January 31st.

But regardless of whom you believe, one thing is clear.  This ugly dispute highlights the value of reaching a quick and quiet settlement to lawsuits over money.  Both Depp and Heard appeared to be focusing on the bigger picture when they settled for seven-million dollars, all of which was to go to charity, less than three months after Heard filed for divorce.  Doing so was smart at the time for both of them.  It permitted them both to get on with their lives and attempt to restore the damage that both of their images and careers suffered.  Hopefully this recent flare-up won’t change that.

The Fortune Fights celebrity documentary series airs on REELZ, with new episodes airing Thursdays at 9 pm.  In the series, Danielle and Andy Mayoras explore the legal ups and downs, and fortunes earned and lost, of stars like Johnny Depp, Madonna, Britney Spears, Robin Williams, Harrison Ford and others. 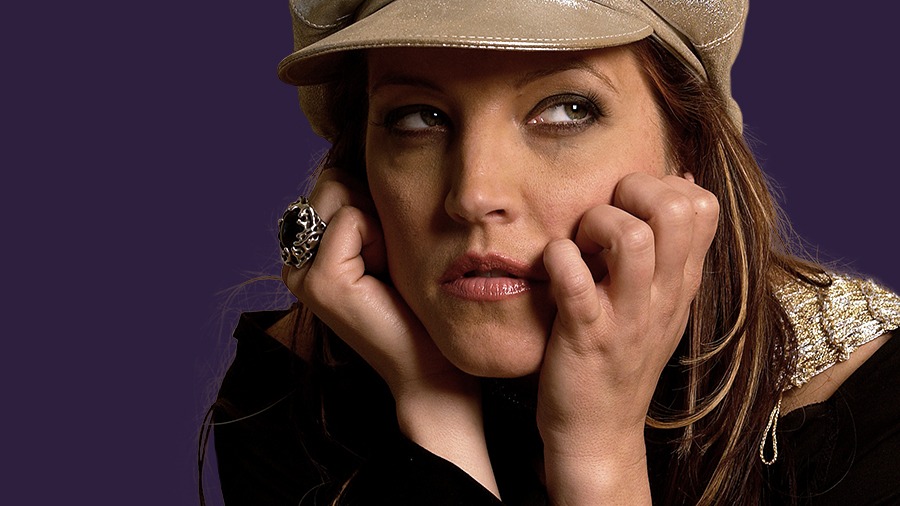 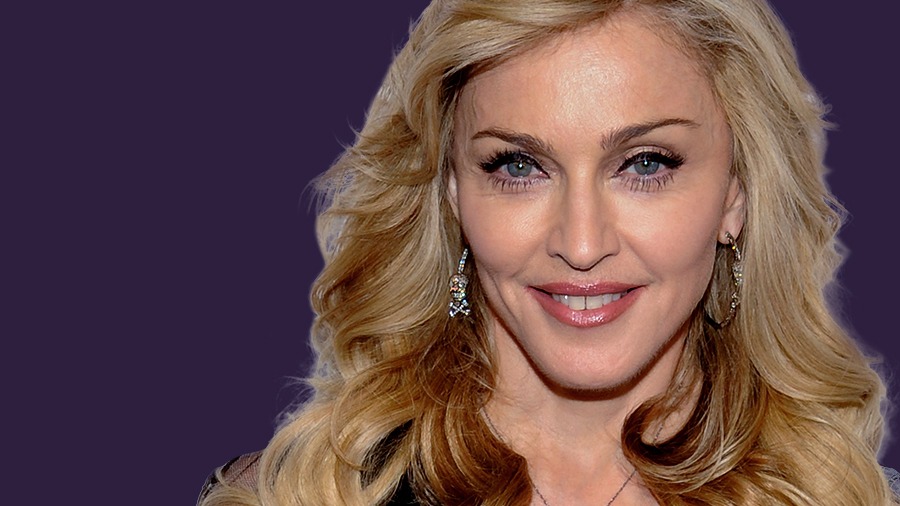 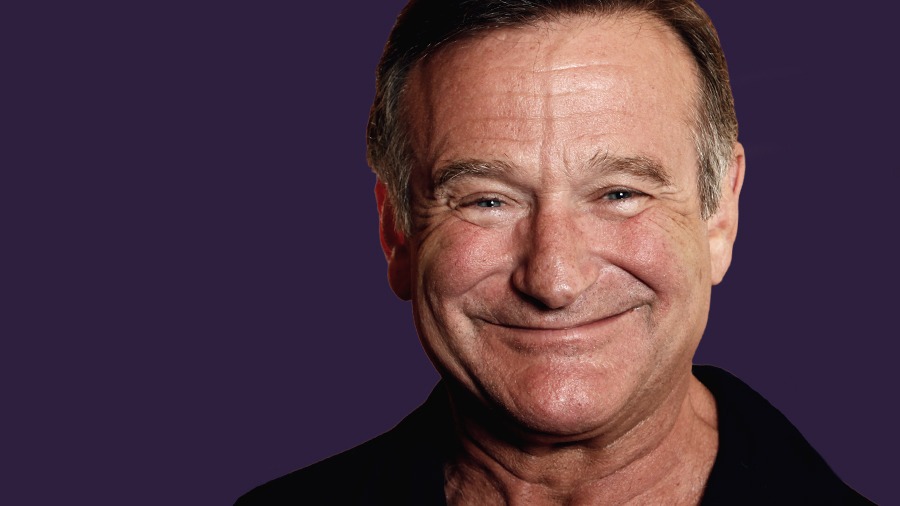 No Stranger To Legal Battles, Robin Williams Protected His Family From A Similar Fate After His Death.
×
×