Danielle and Andy Mayoras are co-authors of Trial & Heirs: Famous Fortune Fights! and featured on-camera contributors to Celebrity Legacies.  Check out their in-depth look into the battle over Dennis Hopper’s estate.

When is a divorce more than just a divorce?  When famed actor Dennis Hopper battled through an ugly divorce against his fifth wife, Victoria Duffy-Hopper, the battle was more about Dennis Hopper’s estate than anything else.  So perhaps no one should be surprised that the war turned uglier once Dennis died.

The Easy Rider star had anything but an easy ride during the last few months of his life.  He passed away from cancer at age 73, smack-dab in the middle of his divorce war with Victoria, who was actually six years younger than Dennis Hopper’s oldest daughter.

Dennis had filed for divorce, accusing Victoria of being insane, inhuman, and volatile.  Victoria responded by claiming that Dennis was not mentally competent and that his adult children from his prior marriages had improperly influenced him to file the divorce in order to cut Victoria out of his estate, as well as the couple’s six-year-old daughter.

The divorce quickly became heated, with Dennis obtaining a restraining order against Victoria, but she refused to move out of the marital home.  This was despite testimony from doctors that she created so much stress around him that Dennis repeatedly threw up his medications.

Even though Dennis died before this battle was concluded, he had already taken steps to protect his heirs and disinherit Victoria.  He had changed his life insurance beneficiary designation, removing Victoria, and he made sure she was not included in his will or trust as a beneficiary.  In fact, due to a prenuptial agreement, Victoria could receive one-quarter of Dennis Hopper’s estate, but only if they were still living together and married at the time of his death.  No wonder Victoria didn’t want to move out during the divorce!

Because the estate planning documents left Victoria with virtually nothing, she tried to improve her position against Dennis Hopper’s estate by launching a $45 million lawsuit after he died.  She raised undue influence allegations against Dennis’ children, but also claimed that Dennis had abused and wrongly forced her to sign the prenuptial agreement in the first place.

Dennis Hopper’s estate counter-sued, accusing Victoria of removing artwork from Dennis Hopper’s home that was said to be worth millions of dollars.  The trustees also pushed for a deposition of a man who they believed Victoria may have had an affair with, in order to challenge her claim that she and Dennis were still living together happily as man and wife.

When the dust settled after two more years of litigation between Victoria Duffy-Hopper and Dennis Hopper’s estate and trust, a compromise was reached where Victoria would receive about 17% of the estate, estimated to be worth about $40 million.  While this appears to be a great deal for Victoria, the pay-out was earmarked to come out of the 40% share of the estate and trust that was already left for Victoria’s young daughter with Dennis.

Because Dennis Hopper had the foresight to update his estate planning documents during his divorce proceeding with Victoria — instead of waiting for them to be over — he made sure that 60% of his estate still passed to his adult children, as he wanted, yet his minor daughter with Victoria was protected too.  This serves as a great lesson for everyone to remember to update estate plan documents promptly when important life events happen or are about to happen, such as divorces, remarriages, and new children being born.

While this fight started ugly, it quieted down quickly and most of Dennis Hopper’s heirs received what he wanted them to.  Had he not proactively updated his estate planning documents, all of the heirs would have paid a much steeper price. 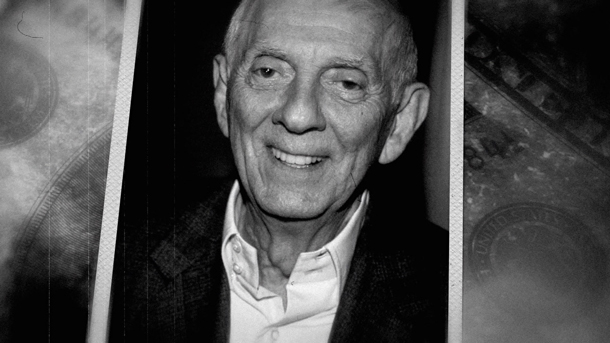 Aaron Spelling Left Behind A Massive Fortune And A Broken Family
×
×