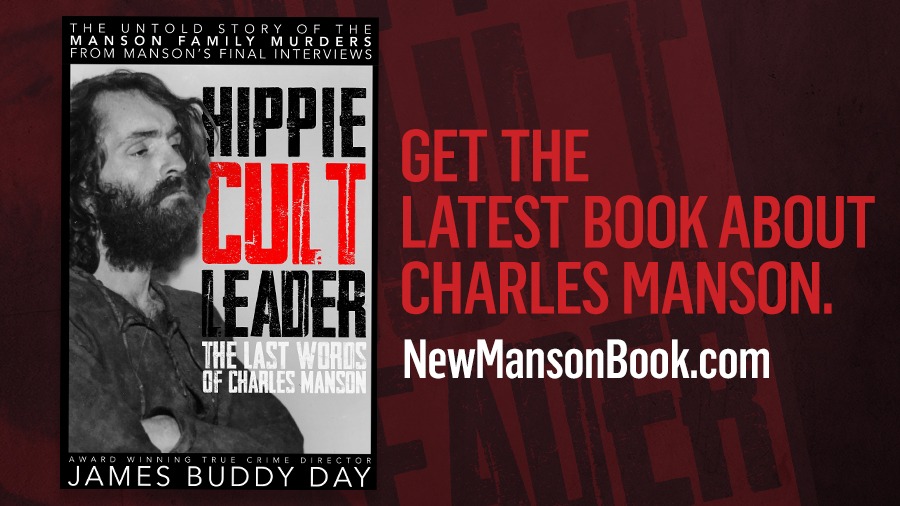 After directing and producing Charles Manson: The Final Words for REELZ, James Buddy Day continued to uncover new evidence and information. His new book Hippie Cult Leader: The Last Words of Charles Manson gives new insight into the infamous murders through new interviews with members of the Manson Family and others.

Check out this excerpt from Buddy’s book and don’t forget to get your own signed copy at newmansonbook.com. REELZ fans even get a discount!

This exclusive insert is complements of Optimum Publishing International Copyright 2019 All rights reserved.

Michael [Channels] told me that Charlie talked a good game, but that the talk was a “prison thing” as well. In prison, it’s to your advantage to convince the other inmates that you’re not only tough, but also perhaps a little bit crazy. Michael said, “In prison you have to convince a lot of people that you might just go off the rocker right now and take you out. If people think you’re a bit like that, which is the show that Manson gave them a lot of times, they stay away from you. If people don’t bother you, then you’re safe. Charlie even took that kind of stuff out into the real world with him too.”

Michael reiterated the theme I’d heard from Charlie himself— Manson was about survival. Michael said, “It’s all about survival. Everything in Manson’s life was survival. If you base it on that then it’s a little easier to understand where he was coming from, the things that came out of his mouth, and his basic life. It’s just waking up and staying alive.” 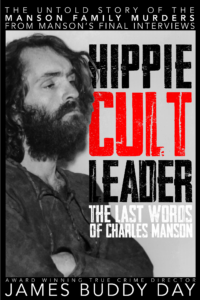 I’d heard Charlie speak about this is audio recordings from the investigations. In a recording from 1977 Charlie said, “I’m an animal and I’ll do anything it takes to survive. It’s that simple, and I look out for this guy right here, number one. I’ve always been that way and explained that to all the people I was with. I said you be for yourself and the world that you live in.”

This is where most people go wrong in really understanding who Manson was—they misconstrue what was coming out of his mouth. People looked at Manson as if he were capable of some sort of mind control, as if he had some supernatural genius that gave him the power to talk people into doing whatever he wanted. Nothing could be further from the truth.

Manson was about survival, and in order to survive in prison he had to get to know people very quickly so he could determine their intentions. Manson wasn’t a great speaker, but he was a great listener. He would take in everything people gave him. Early on, Manson came to believe there were only about thirteen different types of people and if he could figure them out, he would understand the entire world. Charlie’s trick was listening to people and lumping them into one of his thirteen categories, making it seem like he had some sort of unique ability to understand that person. “The mind is powerful,’ Manson said. But he wasn’t talking about his mind, he was talking about the minds of others. What he was doing was a parlour trick, but the effect it had on people was profound. “It’s like you being a producer, you gotta get into the heads of everybody,” Manson said, attempting to relate to me.

Do I really want to get into the head of Charles Manson? I asked myself. Well, I’ve gone this far.

As I continued talking to Manson, I questioned his true motives in continuing to call. He clearly knew that I was interviewing him and using our calls to make a documentary, so I wondered what he was getting out of our conversations. I thought perhaps he wanted to get the truth out—his truth at least—or maybe he just wanted a break from the monotony of prison or simply enjoyed the attention. None of these reasons seemed satisfying to me because, from what I could gather, there had been hundreds of books, movies, and documentaries already made about Manson, and mine was one of the only projects he truly collaborated on during his life. I asked Charlie, “What do you want people to know when they see this documentary?”

This exclusive insert is complements of Optimum Publishing International Copyright 2019 All rights reserved. Get a copy of Hippie Cult Leader: The Last Words of Charles Manson by visiting newmansonbook.com.