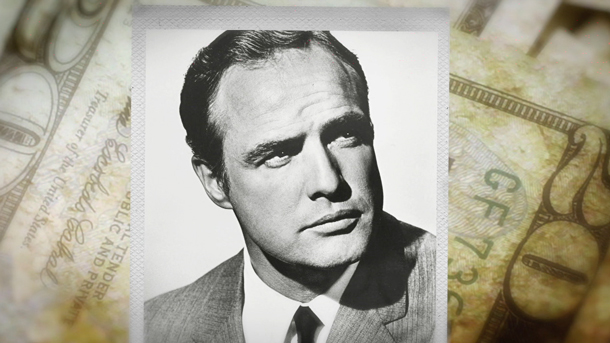 Danielle and Andy Mayoras are co-authors of Trial & Heirs: Famous Fortune Fights! and featured on-camera contributors to Celebrity Legacies.  Check out their in-depth look into the battle over Marlon Brando’s estate.

Unquestionably, Marlon Brando was one of the leading actors of the 20th century.  The well-known Godfather was always in firm control … until it came to his estate that is.

Marlon Brando never followed convention.  He won his Oscar for Best Actor in 1973 for The Godfather, but Brando rejected the award as a protest to the treatment of Native Americans by the film industry.  Too bad he failed to follow the norms when it came to estate planning.

In part due to questions about his true intentions as expressed in his will and trust, Brando’s estate was involved in more than two dozens lawsuits by 2009 — five years after his death.  He passed away on July 1, 2004, at 80 years of age, suffering from a host of ailments including dementia and lung failure.

In the weeks leading up to his death, Marlon Brando was not able to leave his bedroom and was so paranoid that he wanted the room padlocked at his death so no one would steal the buttons off of his shirt.  Despite his questionable mental status, Brando was visited in his bedroom 13 days before his death and signed an amendment to his will.

The new will replaced his personal assistant of 50 years and his business manager of 40 years with new executors.  Despite accusations that Brando was not competent, and that this change to the will was a result of forgery, Brando’s new executors have kept tight control over his estate, image, and legacy.

They have aggressively battled against lawsuits over his estate and have sued everyone from a furniture company selling a Brando chair, to Madonna (yes, that Madonna) for using his image in a concert.  The executors also cut a deal involving a private island in the South Pacific that Brando owned, allowing it to be turned into a swanky, eco-friendly resort for elite vacationers.

Many have questioned whether Brando would have wanted his island commercialized this way, just as many close to Brando sued his estate saying that the executors did not honor his intentions in other ways, such as refusing to honor gifts and promises that he made while alive to those that had been close to him for many years.

Many people make the common mistake of assuming their executors will honor their true wishes, as expressed verbally, even if the will and trust are not changed to include the new wishes.  Many of the lawsuits involving Brando’s estate were based on this exact issue.  In the end, no one who claimed Brando told them they would receive more got what they wanted, and the estate spent countless millions on legal fees.  Only the lawyers walked away happy.

It’s a good lesson to not leave your affairs up to chance.  Leaving specific and detailed instructions in your will or trust can help solve complications down the line.